But first, a word from our sponsor.

I noticed this morning that this will be the 1,100th post on Mitigating Chaos since I opened the blog back in October of 2018.    If you add that to the 3,805 posts on my old blog, A Simple Village Undertaker, it won’t be long before I receive the  lifetime achievement award for a total of 5,000 posts. My life will be complete and I can die a happy man.  More on the journey in a few weeks when I acknowledge the beginning of my 12th year blogging.

Now, back to our feature presentation.

I came across the story below this morning on Althouse.  I have been following Ann for as long as I can remember, and some of her posts have more comments than all my posts in eleven years combined. Since today is a milestone of sorts, I thought it would be nice to share some “science” as opposed to the often trite, yet interesting, subjects I share.

We all have our opinions and this last political cycle should have made that abundantly clear for anyone who may have still been sitting on that fence. The idea that I try reminding people of (who are willing to talk about it reasonably) is that for one to believe that the other “side” is always wrong and/or lying, you are making the assumption that your “side” is always right and/or telling the truth.  Is that logical?  Better yet, is that possible?

In the immortal words of someone, “I think not”.

I offer you the opening paragraph of an article written by Ed Conway of the London Times.  I am not going to subscribe to the London Times just to read the entire article, as the snippet brings up the question of trust and science.

“Science is a discipline predicated on constant doubt and reassessment and contemplating the evidence through alternative prisms . . . Taking a number, stripping it of context and uncertainty and using it to justify policy is something else altogether”.

The link to the article is here:  Fixating on the R number isn’t real science/The pandemic response should be based on judgement, not a figure that’s only an educated guess.   It is short, concise and hopefully will make you go Hmmm?

I will admit that I had no idea what an “R Number” is, so I looked it up so you don’t have to. The reproduction number – often called the R value or R number – is a measure of a disease’s ability to spread. It tells us how many people a single infected person will pass on the disease to.

I believe more of what I see with my own eyes than I do from what I hear from the mouths of other, yet I consider the options,  albeit through my ever-developing filters.

Unfortunately, the fact checking bots are not nearly as as openminded.

You Only Get One Chance To Make A First Impression

The title of this video is “When a Band Only Gives You 30 Seconds to Audition.

The guitarist is Ichika Nito.   He has lots of videos on the tube and even if you are not a musician, one must marvel at his skill.

My thought?  When can you start?

Any day is a good day to start at the beach.

I work an average of ten hours a day.  Years ago, that was easy, but as I “mature” it isn’t nearly as much fun. That being said, I still love what I do each day.

Fate has it that I get to live five minutes from the beach (down the shore for my New Jersey friends) during the week. That allows me to occasionally start days with a short walk on the beach, cup of coffee in my hand and a temporarily uncluttered mind. Pondering and praying, walking the waterline.

God’s canvas that he paints differently each day.

The walk prepares me for the day ahead and all the surprises it will probably bring.

What do you do to clear your head and prepare for a busy day?

Before I get to the topic of the day, I’d like to thank a few of my readers who helped me solve my issues with WordPress.  Thank you to  the keepers of Humoring the Goddess,  Andrew’s View of The Week,  Live and Learn,  Chatter Master, Liz , Steve Landry, (landrySG on Tumbler) and  Xena.

The answer was simple and I had it all along, but seemed to have misplaced it while looking for my dentures, keys and cell phone.  (All were in my robe pocket).

Which brings me to the topic of today…. just a few minutes ago, I received an unsolicited call on my work cell phone (I kind of have to answer that one) letting me know that I qualified for a new, Senior Citizens Life Insurance plan that would guarantee my family wouldn’t be burdened with my funeral costs.

I’m worth more dead than alive and I see no reason to add to the imbalance at this time.  I suppose word has gotten out that I’ll be turning 61 in a few weeks and everyone is trying to jump on the bandwagon.

Of course, me not being able to remember how to navigate around the WP Admin site has nothing to do with my getting older and memory getting foggier.

In just a few weeks I will be celebrating (and I use that term loosely) using WordPress as my blogging platform for eleven years. If I last that long.

Once again, the geniuses at WP have changed the the way to create blogs with no warning…at least that I have seen.

Any suggestions as to a different platform? I blog as a hobby and never expect to make a cent from doing so, thus I do not want to pay for the privilege.

What say you, citizens of the world?

Lets Hear It For Moms

Earlier today, I attended my first Rotary, breakfast meeting of the new year.  COVID has wreaked havoc on all service clubs, but we march on.

To lighten the mood a little this morning, we were treated to the video below.

Let’s hear it for the moms.

They deserve more than a robe.

If you messed up Christmas, you can always start planning for Mother’s Day.

Thanks, I Needed That

It’s been a tough few weeks for a lot of us and I needed a little dose of patriotism.

I first heard this version of the 1812 Overture 20-30 years ago and it was one of the first CDs I ever purchased.  Those cannons sure gave my subwoofers a good workout.

I needed to hear this today.

Actually, any day is a good day to hear it.

Its Time He Learned

Every boy needs and Uncle Hondo (aka John Wayne)

A very short video from 1953, when men weren’t afraid to be men.

This is one way to shorten the swimming learning curve.

I wonder what John Wayne would say if he was alive today?  I think he might have a difficult time adapting.

When Angela Merkle chimes in support of our President, it should cause you to take notice. 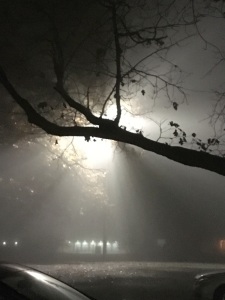 If that is not enough, does this saying make any sense?

“When you tear out a man’s tongue you are not proving him a liar, you’re only telling the world that you fear what he might say”

I know, I know, almost half the Country thinks  “Orange Man Bad”, but who might be next? If “they” can take down the POTUS, arguably the most powerful person in the world, what might happen if they want to silence anyone who is not on “The Team” or no longer of use to them?