Frank Zappa (1940-1993) was a brilliant composer and musician.  While he often went to the edge of propriety with some of his works, (but also composed symphonies)  no one who followed his career would say he was anything less than a genius. 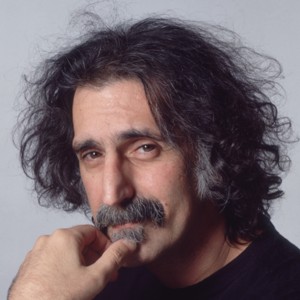 The following has been attributed to him:

Civics was a class that used to be required before you could graduate from high school. You were taught what was in The Constitution. And after the student rebellions in the 1960’s, civics was banished from the student curriculum and was replaced by something called social studies. Here we live in a country that has a fabulous Constitution and all these guarantees, a contract between the citizens and the government- nobody knows what’s in it. And so, if you don’t know what your rights are, how can you stand up for them? And furthermore, if you don’t know what’s in the document, how can you care if someone is shredding it?

My favorite Zappa Album is Joe’s Garage, Acts 1&2 and the opening song is entitled The Central Scrutinizer which touches, in a spoofy way,  on government overreach into our rights. Not one of his most noteworthy songs, but it tells the story we are experiencing today.

Living between Aiken & Nashville, TN, USA, I like to share what I am looking at, thinking about or listening to. I refer to this as the view out my window. Thanks for stopping by.
View all posts by Ray V. →
This entry was posted in 25 blogs, Frank Zappa, government overreach, Politics and tagged Frank Zappa, Joe's Garage, Politics, The Central SCrutinizer. Bookmark the permalink.

3 Responses to Frank Nails It.