Thursdays Are For Memories

It was during the 1970’s that we often listened to our music via something called “Albums.”

They were the big brother/sister to “45’s” and both were made from vinyl and played on a rotating platter called a record player, it was the pathway to enjoying the music of the day and yesterday, especially if the word Marantz was involved. I’m told that there is a movement of folks still enjoying that medium. 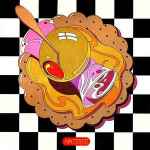 I recall my father (may he rest in peace) presenting me with two albums from the Warner Bros. Loss Leaders Collection when I was maybe 15-years old.  One of the albums was entitled Appetizers and there were two songs that I’ve never forgotten.  After reading the list on the link this evening, there were lots of great songs on that record, but two stood out for me.

This evening, while on the way home, one of the two popped up on my iTunes, random playlist (scanning through over 4,000 songs)  and a smile came to my normally scowling face.

The second song, is by Martin Mull and I always wanted to cover it in the band, but we never did. It is called Licks Off Of  Records. Here, played along with Glen Campbell with a few of the words changed for TV.

Who remembers the old, Loss Leaders series?   Anyone still have one? What songs stood out for you?

Note:  I selected “live” videos for the two songs as live is more fun to watch.  The original, studio versions are easy to find on YouTube, should you desire.

Living between Aiken & Charleston,, South Carolina, USA, I like to share what I am looking at, thinking about or listening to. I refer to this as the view out my window. Thanks for stopping by.
View all posts by Ray V. →
This entry was posted in Music of the 1970's and tagged Martin Mull, Music of the 1970's, Steeleye Span, Warner Brothers Loss leaders. Bookmark the permalink.

1 Response to Thursdays Are For Memories