Jumped The Gun, As Usual

One day last week, I was reading an article about the 16th, final  KISS tour.  (OK, 16th is a slight exaggeration, but not by much).

They had a good run, but all the lawsuits, drama, books and merchandise were just a bit much. They could have stopped with Destroyer and Alive and called it a good day. They’ve been saying “This will be our final tour” since the mid-1990’s.

Twenty studio albums, eight live albums, thirteen compilations and eight boxed sets later, they are lip-syncing most of their final concerts and have squeezed as much cash as they could out of their fans.

Anyone still have a KISS lunchbox or KISS condoms?

All this to admit an error in judgment. 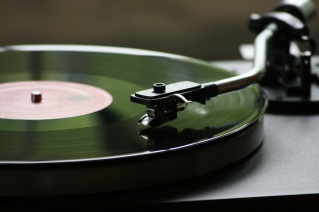 Shortly after reading that article I read a blog post by Kurt Harden, over at CulturalOffering that invited readers to share what they thought were perfect albums.

Being in a KISS state of mind, I added the original KISS record, which is a damn good album, which BTW was released 45 years ago today/tomorrow, February 18, 1974. This is also a good reason why they should stop.  45 years is long enough.

After seeing some of the other submissions, I realized that I clicked before I thought, which is an entire chapter of “Welcome to My Life”

There are so many better albums on the list started by Kurt and added to by his readers.

I also recall creating a post on the old blog back in 2014 that listed my “My Top Twenty” Some of those wouldn’t be on the list if I created it today, but that was then and this is now.

I’m sure that Kurt wouldn’t mind if you added your favorite to his list, here:  Perfect.

Living between Aiken & Charleston,, South Carolina, USA, I like to share what I am looking at, thinking about or listening to. I refer to this as the view out my window. Thanks for stopping by.
View all posts by Ray V. →
This entry was posted in bloggery, music, Music of the 1970's, Music of the 1980's, Uncategorized and tagged A simple Village Undertaker, Cultural Offering, KISS, Kurt HArden, music, top albums. Bookmark the permalink.