A Good Deed Gets Rewarded 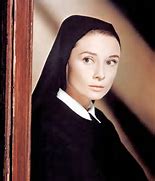 A heartwarming story.
Sitting by the window of her convent, Sister Barbara opened a letter from home one evening.  Inside the letter was a $100 bill her parents had sent.  Sister Barbara smiled at the gesture.
As she read the letter by the window, she noticed a shabbily dressed stranger leaning against the lamp post below.  Quickly, she wrote, “Don’t despair. – Sister Barbara”, on a piece of paper, wrapped the $100 bill in it, got the man’s attention and tossed it out the window to him.
The stranger picked it up, and with a puzzled expression and a tip of his hat, went off down the street.
The next day, Sister Barbara was told that a man was at her door, insisting on seeing her. She went down, and found the stranger waiting. Without a word, he handed her a huge wad of $100 bills.

Living in Aiken, South Carolina, USA, I like to share what I am looking at, thinking about or listening to. I refer to this as the view out my window. Thanks for stopping by.
View all posts by Ray V. →
This entry was posted in comedy, Uncategorized and tagged bookies, Good deeds, horse racing, nuns. Bookmark the permalink.

5 Responses to A Good Deed Gets Rewarded